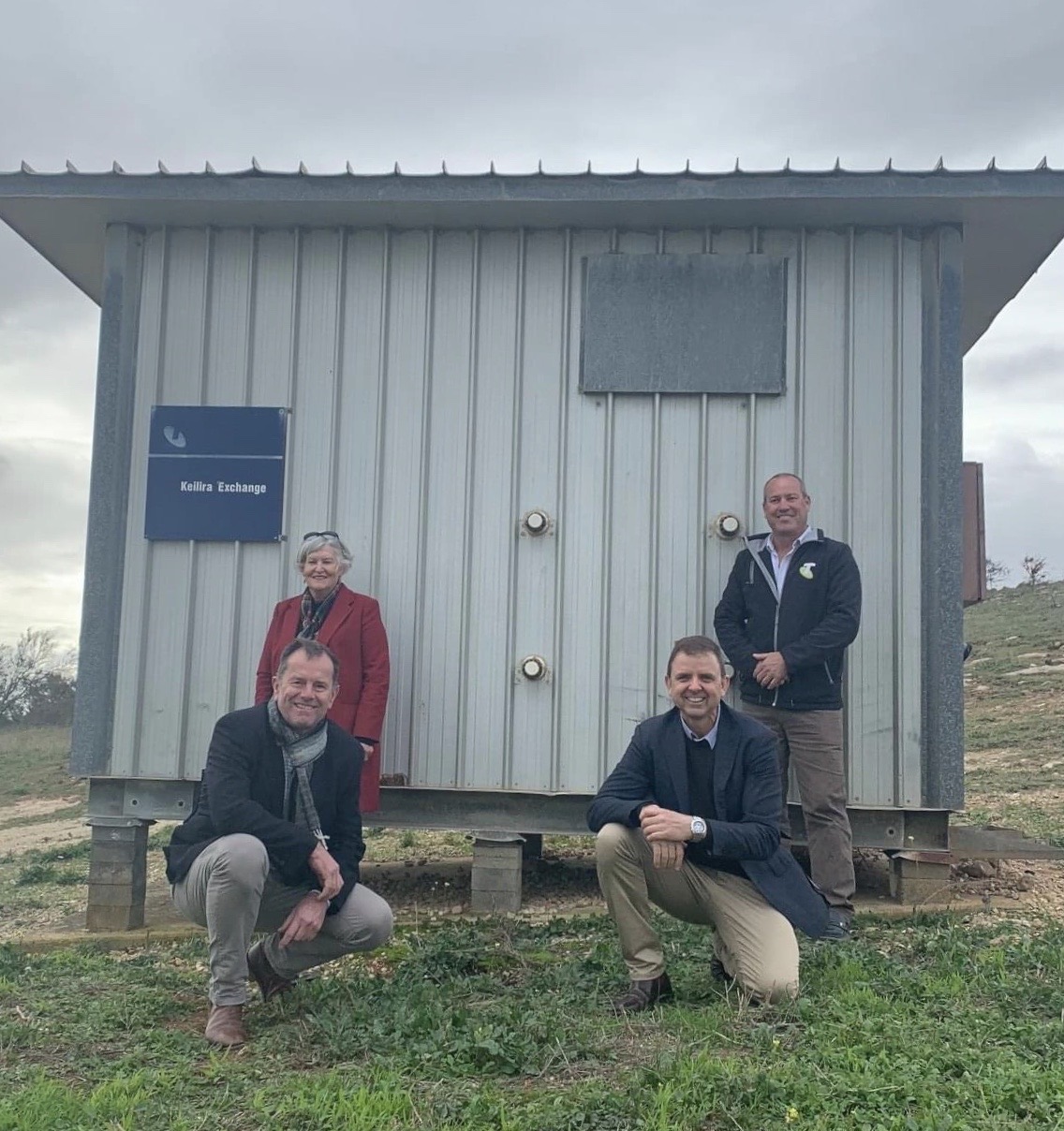 ALL FOR TELSTRA SOLUTION AT KEILIRA ANSWERED: The State Government has responded to continued advocacy to deliver a macro Telstra solution to link existing coverage in the Keilira area.

The Kingston District Council has, for several years, lobbied for a black spot funded site for the Keilira region.  The Keilira bushfire in late December 2019 sparked a renewed bid for funding, with the deficiencies of the location exposed and communication made almost impossible during the devastating fire event.

Mayor Kay Rasheed said, “lack of quality phone service in the area has been a talking point for years, and in times of emergency poor service could potentially be the difference between life of death.”

“Council expressed interest, including financial support in partnership with Telstra, under the Commonwealth’s Mobile Black Spot Program (MBSP) in May last year”.

“We were thankful that the site was recently announced successful for an Optus solution under Round 5 of the MBSP, and even though the majority of the community were after a Telstra solution, any ability to access improved mobile coverage was welcome news by Council and the community”.

However, in an unexpected turn of events, the State Government, through Minister Tim Whetstone MP has notified Council of its commitment of $700k+ towards the site from SA’s Mobile Black Spot Fund, alongside contributions from Telstra and Council.

Kingston District Council held a special meeting last night to deliberate the offer, acknowledging that a $50k contribution would be needed for the project to proceed.  The Mayor said, “Council has received some bushfire recovery grant funds, but this has already been allocated to other projects, including vegetation and road maintenance in the area as a direct result of the Keilira bushfire”.

Whilst having consideration of the bushfire funds in making its decision to support the project, the Council acknowledged that the timeline to deliver the Telstra solution was beyond the eligible scope of those funds and could therefore not be listed in the schedule of works for that grant.

“However, in listening and responding to the needs of our community, it was overwhelmingly obvious that a Telstra solution would ultimately benefit a far-reaching cross section of the community, including locals and passers-by.”

“Signal continuity and compatibility to existing communication plans and providers is key here, as is recognising that a majority of rural businesses, who would also benefit from the project, are Telstra customers”.

“Having both an Optus and Telstra solution available to our community, with a majority of the funds being tipped in by the state and federal governments was far too good an opportunity to pass up.”

The Council unanimously voted to support the project with a $50k contribution being made available in its 2021-2022 operational budget.